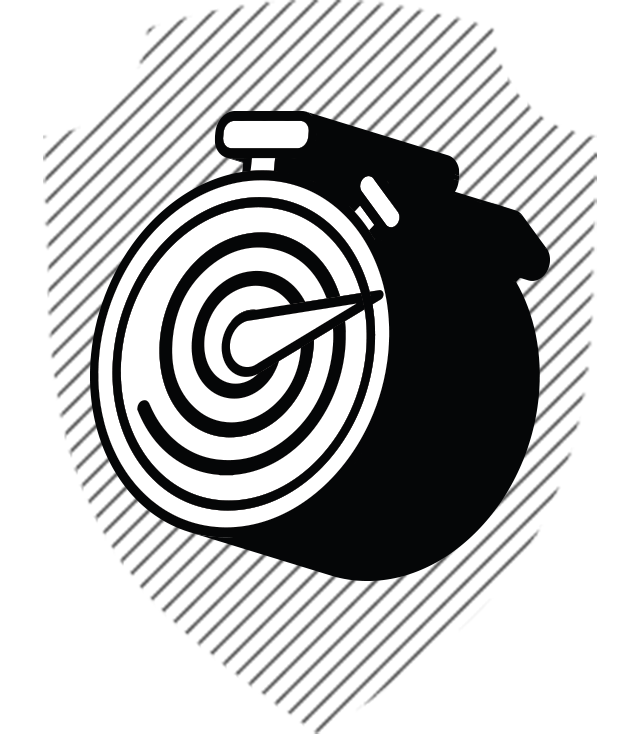 ypnospace Outlaw is a blast from the past.

But not our past. An alternate past, where people don headbands while they sleep to enter the alternate reality of Hypnospace; where folks collect SquisherZ monsters while they drink Grey’s Peak soda and listen to their favorite bands like Fre3zer and Chowder Man. It’s both eerily familiar and wholly different.

It’s getting harder to tell if we’ve reached some sort of nostalgia saturation point — so much of contemporary media exists to mine and exploit the little pockets of pure, crystalized joy we have attached to memories from our childhood, and the world of ‘90s computing is no less vulnerable.

But a lot of nostalgia-plays are only skin deep. Evocations of this era of technology go for easily replicable visual and auditory cues — a modem screech, Microsoft Sam, the Jazz cup, “you’ve got mail” — you get the idea. These are all memorable components, and Hypnospace is sure to include them, but the game digs deeper. Using the trappings of the ‘90s Internet — remixed in its cyberfunk stylings — it hurls you back into this alternate past, a virtual netscape that’s teeming with users unfurling their creativity on their little corner of the ‘Net. After all, it’s one thing to make an offhand GeoCities reference, it’s another to recreate the experience of being on that once-famous social portal.

Hypnospace replicates memories of this era of computing in a way I’ve seen few other pieces of media do, while making it its own. You just have to know the past to understand its retrofuture.

Old millenials — who are really just left over Gen Xers that missed the cut off date — recall the 1990s as a decade far different than the one I remember. With a foot entrenched deeply in the ‘80s, they brought over some of their best cartoons, like G.I. Joe or Transformers, and they haven’t stopped talking about them since. An old millenial doesn’t know what a Pokémon is, and god help you if you try to talk to them about All That.

And key to an old millennial’s nostalgia of the ‘90s is the Internet — specifically, the world of the untamed Internet. Learning specific networking protocols, they were able to jack in and connect to a global community over BBS and IRC. As I’ve come to understand it, this was a time of resourcefulness and gumption, where your technical know-how made you witness to a new world of interconnectivity.

But for young millenials like myself, when we refer to the ‘90s, we’re really just talking about the tail end of the decade. The turn of the millennium was instead the beginning of the commoditized web, and mass adoption computing flooded homes across the United States. For kids, computer GUIs were getting easier to understand, edutainment software was getting huge, and the door to the Internet superhighway swung wide open.

We experienced family-friendly online communities and game portals like Neopets and CoolMath. We started watching funny Flash cartoons by infinitely creative people on Newgrounds, and we began to dabble with the ability to reach our friends instantly via AIM.

Hypnospace resides in the dusk of the 20th century — the era of the commoditized web — and understands both what it was like to just be logging onto the ‘Net for the first time as well as the trails blazed by its digital forbearers. I can only speak to my specific memories, but the game reminds me of using a PC as a kid for the first time in 1999 with such specificity that I can’t help but share my observations.

There’s this great YouTube channel called “Whoa, I Remember That Game!,” and if you, like me, were a kid of a certain age in the ‘90s, chances are you recognize quite a few of the games games listed. There are the classic Humongous Entertainment titles like Pajama Sam, Putt-Putt, as well as their licensed Blue’s Clues entries. There are also quite a few edutainment games listed that are more edu- and less -tainment. One I remember fondly was My First Encyclopedia.

My First Encyclopedia is, like the name implies, a piece of encyclopedic software for kids. You explore a giant tree, covered with different sections of an encyclopedia: astronomy, anatomy, biology, and so forth. It was one of several specific experiences I was reminded of while playing Hypnospace.

Check out this segment from the beginning of the game, where you go through a video tutorial about your responsibilities as a Hypnospace enforcer:

The similarities might not be readily apparent: My First Encyclopedia is a piece of interactive children’s media, and the Hypnospace tutorial is a dreamy onboarding program skinned like a company’s “inspirational” new hire video. But pay attention to Tendershoot’s ability to replicate technological limitations of that era: look at the bad full motion video that’s been compressed to oblivion in the Hypnospace tutorial. The FMV in My First Encyclopedia fares better, but you can plainly see the bad color keying around the kids.

Listen to the low quality audio mixing — the kids are extremely quiet in My First Encyclopedia, you can barely hear them over the music playing, and Hypnospace’s auditory instructions transition from a calm female instructor to a Microsoft Sam-esque, synthesized voice to what seems to be an intern rerecording some lines on a blown out mic.

Even the virtual spaces you explore in both software packages are modeled after real-word areas: in My First Encyclopedia, it’s the aforementioned gigantic tree, its roots and branches stretching out to hold its knowledge. In the Hypnospace tutorial, the start screen is the waiting room of a seemingly clandestine government building, where you walk into the back to shed your previous identity and become an enforcer.

This dedication to remixing the past is apparent everywhere: bells and whistles and other slapstick sound effects play in plenty of the game’s songs — “Millenium Anthem,” “Teentopia,” and “Ghost of the Grotto” spring to mind — songs that would be right at home in The Sims or any of the other Maxis games (minus the doomsday lyricism of “Millenium Anthem”). The Freelands, an independent zone of Hypnospace eschewing the strict zoning requirements of parent company Merchantsoft, is laid out like a map, evoking the styling of pre-Web 2.0 skeuomorphism on web portals like Neopets.

Even the system-level window and fonts share the user interface stylings of a game like RollerCoaster Tycoon — another idolized relic from the late ‘90s. The upgrade from HypnOS 1999 to HypnOS 2000 then metamorphosizes the operating system to one fit for the new millennium: the angled lines and zany shapes of the ‘90s are shed to reveal the sleek, elegant rounded corners and the bubbly, translucent shapes of the 2000s, again evoking the changes seen in our own time with Mac OS and Windows.

This netscape acts as a wonderfully designed rostrum from which to tell the story of its users: some are teens fooling around online for the first time, some are music fans sharing stories and music, and some are outcasts that have lost their previous Hypnospace hangouts and favorite pieces of software, struck low by the selfish interests of startup founders and corporate types.

Look at how Hypnospace captures the change in OS design, emblematic in the transition from Mac OS 9 to Mac OS X

Hypnospace is the type of internet where people aren’t talking directly to one another — moreso posting their thoughts, hopes, and dreams on a page, hoping some passerby will come by and read it. There is an instant messaging app in Hypnospace, and it’s referenced heartily on users’ pages — “Find me on ChitChat!” — but you can’t access it with your Enforcer Edition of HypnOS. It’s a wonderful way to lampshade Hypnospace’s lack of an interactable AIM stand-in while still acknowledging its overwhelming influence on the era.

Hypnospace seems better off without that component anyways. Where a game like Emily is Away is about the instant communication of messaging services, Hypnospace is about peering at people’s web presences as snapshots in time and learning how people choose to use their digital bullhorn.

There’s Teentopia miscreant Zane, who’s bullying others via self-insert comics and rude, faux interviews on his page. Fan pages of the Coolpunk music movement are at one point regaling each other with stories of the travesty that was Coolfest ‘99, where it came to light that electronic musician Fre3zer was lip syncing during his performance and washed-up rocker Chowder Man crashed his eponymous Chowder Copter into the stage, killing his drummer and amputating his own leg.

There’s a thread late in the game concerning unfettered teenage love and a shared nickname that has you crawling through pages and seeing people feel comfortable in sharing about their personal lives with the world. It’s all beautiful and precious and emblematic of the nascent awareness of our digital selves, not knowing the balance between personal and impersonal, local and global.

This is all done with you trying to enforce Merchantsoft’s content rules, requiring you to report harassment, intellectual property theft, unregulated commerce, and other rule-breaking. But not all infractions are treated equal: when reporting Zane’s harassment of other teens, for example, Merchantsoft resolves it with just a warning, but reporting a user’s use of CapaCash — a rival, unofficial currency that allows users to cash out for real-world money, unlike Hypnospace’s Hypnocoin — rewards them with a three day suspension.

It’s a direct, clever commentary on the state of our modern Internet, where companies like Twitter refuse to moderate the rise of white nationalists and other hate groups on their service, or how streaming site Twitch will reinstate a malicious streamer who invaded people’s privacy in a bathroom during a major gaming event because he’s one of their top earners. It’s all done in service to tech companies’ one true master: the almighty dollar.

In our current world, defending our digital freedoms, protecting our privacy, and safeguarding ourselves from harassment is a daily struggle. Hypnospace reminds us that these problems have always been a part of the Internet — the web was built on the promise of a truly democratic public forum, and that promise has always been under threat by service providers, malicious users, company stakeholders, and other gatekeepers. In throwing us back to a more cherished time, aesthetically refracted just slightly so that we’re not totally blinded by nostalgia, we’re reminded of the virtues that the Internet can aspire to be.

Your journey in Hypnospace ends years later, where a team of former users try to salvage data from old Hypnospace headbands to build a Wayback-style archive. Even these folks, twenty years removed from their time cruising cyberspace, still wish to rebuild what was lost, driven by happy memories of Hypnospace.

Nostalgia is a powerful thing. The pleasant recollections attached to the past have driven us to do some wild stuff, like write nineteen hundred words about a game because it reminded you of being a kid on a computer again.

But Hypnospace takes these memories and, not content with just living in the past, breathes new life into them. It allowed me to reexperience a moment in time where my life just started intersecting with technology, and I’ll be forever grateful for that.