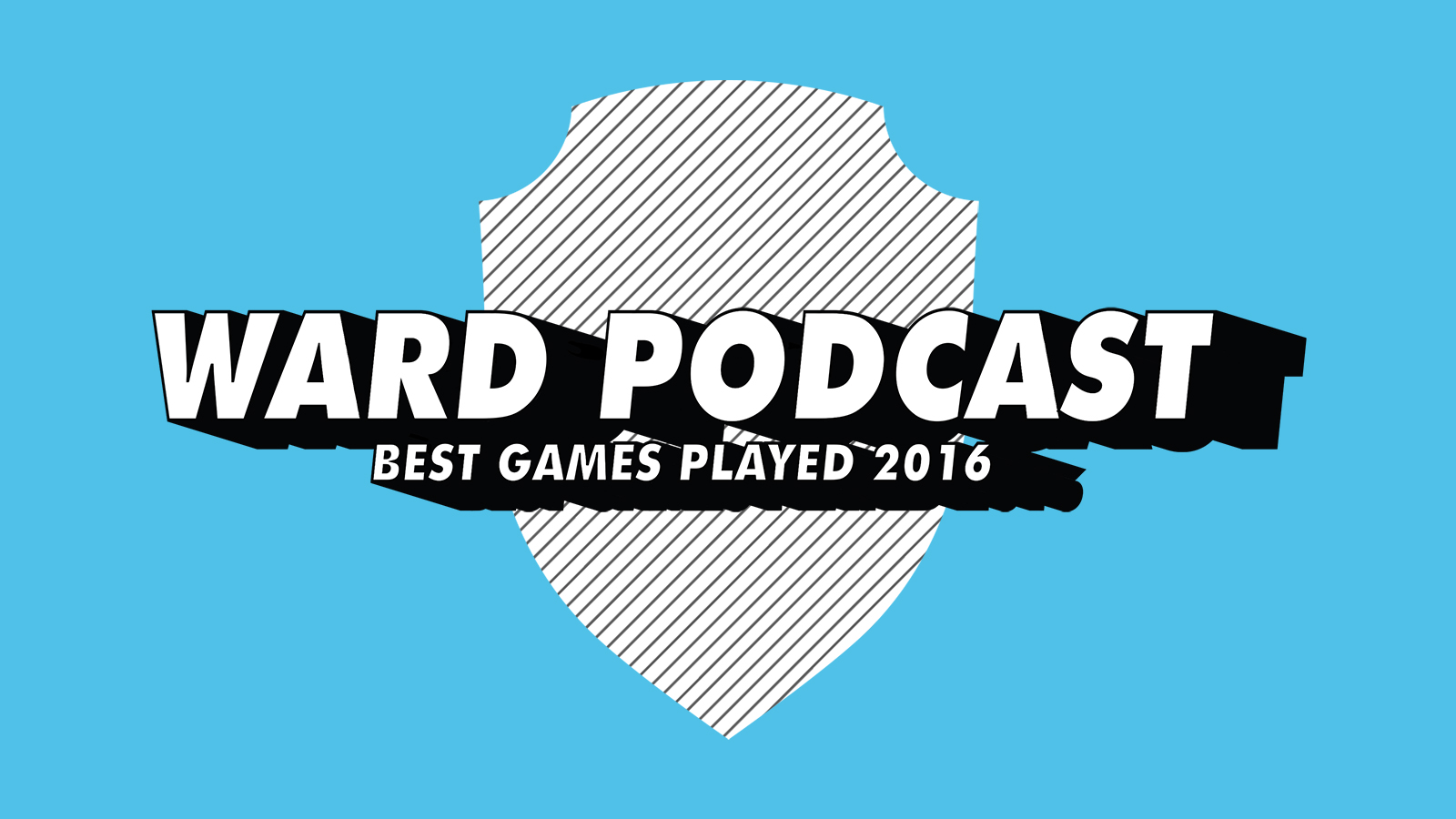 Well, here we are. It’s been one heck of a year, but now it’s time for us to decide the best games we’ve played in 2016.

Let’s lay some ground rules. First, our top ten considers any game played in 2016, not just games released in 2016. Second, everyone brings their personal top ten games of the year, and from those, we will decide upon the Ward Podcast’s top ten of the year. Lastly, once the ten games of the year have been set, we will create an award specific to each game.

And that will put a close to the Ward Podcast for 2016. We’d like to thank everyone who joined us on the podcast this year: James Gross, Will Blanton, Momin Khan & Mike Odum, Ruthie Edwards, Sam Loeschen, Nick Nundahl & Joe Wetmore, Andy Bowers, Auverin Morrow, Rich Atlas, ​Henry Hoffman, and David Byers. And, of course, we’d like to thank Alex Rice and Dan Cotting for joining us this year on the Ward Podcast.